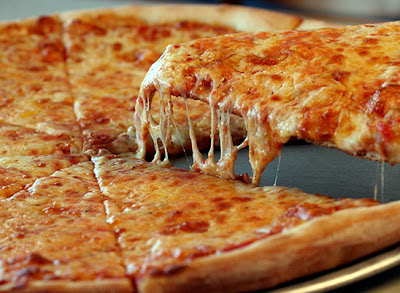 Here in the Good 'Ole U. S. of A., the Cheese Pizza is what makes the world go around. People can argue all they want about Pepperoni, Anchovies, Mushrooms, and Olives, but no one can deny the austerity and perfection that is the humble Cheese Pizza.

But, what about the rest of the planet?

Since Pizza is universal and knows no language barrier, what does the rest of the planet like on their Pizza?? 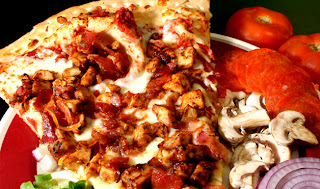 When it comes to Pizza, the Australians like to do things their own way. A very popular combination Down Under consists of Barbecue Sauce, Emu, Crocodile, and Kangaroo. Definitely a different kind of meat lovers' pie! Another popular combo is Barbecue Sauce, Shrimp, and Pineapple—fruity, savory and spicy all at the same time. 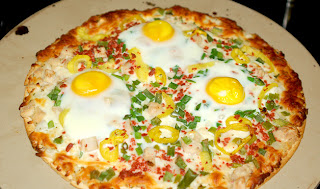 The Fried-Egg Pizza.
In France, the Egg, which is usually cooked sunny-side up, is either baked right on top of the pie or fried in a pan and then placed on top. Either way, it makes for a terriffic breakfast-Pizza!

Also Popular in France is the Tarte Flambée. 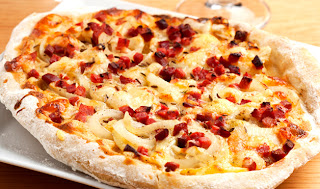 Originating in the Bas-Rhin region of Alsace in northeastern France, this delicacy includes a thin layer of dough—similar to a Crêpe—topped with Crème Fraîche, sliced Onions, and Bacon. 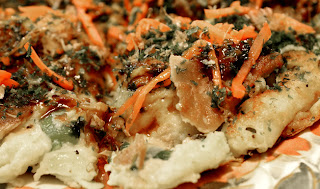 Pickled Ginger, minced Mutton (older Lamb), Paneer (an Indian cheese similar to cottage cheese), and Tofu are popular Pizza toppings in India. Another favorite is a spicy Chicken known as “tikka," which is cooked and chopped after being marinated in a fiery yogurt sauce. 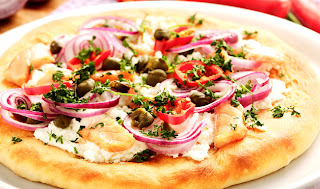 Pizza topped with sardines, tuna, mackerel, onions and salmon is known as Моцкба or "Mockba" in Russia. The fishy pie is typically served cold with a bottle of Vodka and packs a whole lot of flavor. 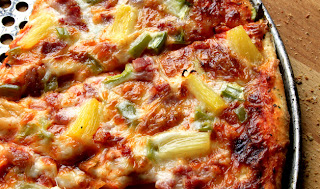 The Swedish eat their thin-crust pies with a fork and knife. And while they enjoy all sorts of toppings, the “Pizza Africana” combination is by far the most interesting. It includes Peanuts, Bananas, Chicken, Pineapple, and Curry Powder—lots of Curry Powder. 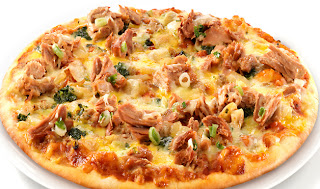 In Germany, one of the most popular pizza toppings is tinned Tuna. It is often mixed with all sorts of other toppings or, more simply, left on its own for a “Tuna Pizza.” 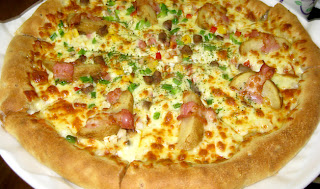 Leave it to the Japanese to come up with a winning American-style combination. The Mayo Jaga Pizza is topped with Mayonnaise, Potatoes, Bacon, Corn, Pimiento, and Onion.
The best part, it's available at Domino’s in Japan!

Now, all of these combinations, as fabulous as they may be, still pale in comparison to the Plain Cheese Pizza. 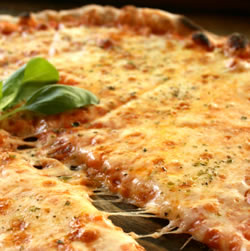 However, I will get to it!

Posted by papalucio at 6:49 AM

papalucio
A burnt out Television Producer with a penchant for food, whiskey, and living.